Fight Night at the Kelly House

You've wondered about it for years...

You've asked about witnessing the events...

FINALLY!!! Your chance is here!

<<Cue the music... you know, something out of the Rocky soundtrack or 80's WWF>>

Fight Night at the Kelly's!

See, as all of you know (or at least most of you, with the possible exception of that random person from Sweden who occasionally reads this blog... yep, I see the stats. No, I don't know who you are.), there are some, let's say political differences in this house.

Like opposite ends of the spectrum differences, except maybe not that extreme... until they are.

Anyway, it happens to be an election year. With debates. And when debates happen on the tv...

They happen in the Kelly home.

And that's right folks, we're finally letting you in on the game. Granted, it's perhaps not the MOST ideal year, since the resident liberal is going to vote (D) as usual but isn't totally enthused, and the resident conservative would rather scrape his eyes out with a spoon than vote (R) this year, but (D) isn't much of an option and (L) is just a losing, but most morally sane choice. But that doesn't stop the commentary and insanity in this house during debates, and we're willing to let you in.

For a $25 donation, we'll send you an internet link that will live-stream us during the debate. Not kidding.

"Are you fricking kidding me? That guys couldn't find fiscal responsibility with two hands! He filed bankruptcy four times!"

"Megan, I can't hear the television. How do you expect me to cynically respond to Clinton's remarks if I can't hear?"

"And he's a misogynist."

We'll donate all the money to charity, but since there are really funky rules about politics and non-profits, we can't actually have you donate directly TO the charity, because then it will look like they are endorsing something politically related, and, we promise, our favorite charities HAVE NO IDEA WE ARE DOING THIS. We don't want to get any nonprofit in trouble, but you know us, so you know that we'll actually do the donating.

We accept cash, PayPal, checks, and the Cash app. RSVP before 5pm on Monday, September 27, 2016 to ericjkelly@hotmail.com, which is also the PayPal account you will send the donation to, or $EricJKelly on the CashApp.

For $30, you can come sit in the basement with us and we'll give you a beer. And maybe some popcorn.

Just remember, in the end: 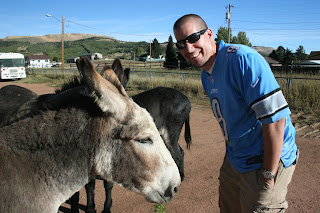 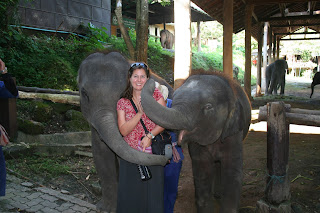 We love the enemy.