Kyle Rittenhouse was found not guilty in a court of law on Friday. Not innocent, to be sure, but that a jury was unable to convict him of the crimes he committed. Observing the prosecution and defense arguments, this isn't a terribly surprising outcome. What showed up in court was not the best prosecution that could have been mounted, and the defense was skilled at doing what the defense is legally permitted to do. As disgusting as it sounds, in the American legal system, defendants of a crime have the right to denigrate crime victims, destroy their image and reputations in a way that prosecutors do not have the ability to do so. Kyle Rittenhouse’s attorneys took advantage of this toward his less than perfect victims, but this kind of trickery shows up not only in cases of violent crime like Rittenhouse's, but most frequently in crimes of sexual violence and assault. Jon Krakauer's book Missoula has good commentary on this if you are interested. A system of justice that requires proving guilt beyond a reasonable doubt stacks the books against conviction if you hire a skilled attorney to defend you, particularly when much of case against you is based on establishing intent, and relying on human testimony. Its why only 10% of sexual crimes are ever prosecuted and convicted. It is why when you have money, you are more likely to receive a verdict of "not guilty." It also helps if you are white and have a baby face so people have a hard time believing you are or could be violent or aggressive, a condition that never exists for young, black men. 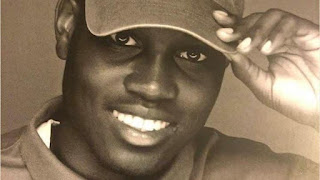 All of this is important when we consider another really important case currently under prosecution.
Greg McMichael, William "Roddie" Bryan, Travis McMichael saw Ahmaud Aubrey running down their street, decided that he must be responsible for the recent burglaries in their area, jumped in their trucks, chased him down on the street, and caught him. When they caught him, these three men in two trucks pointed loaded guns at him, and one of them shot Ahmaud twice, killing him. These are the facts of the case, and were captured on video, as I've posted on before.
Click Here to Read the Rest of the Story»
No comments: