Attack of the Garage Sale Zombies

As you know, we are moving, and I'm over our "stuff." So, we're selling it, and we decided to have a garage sale. So, we did what people do these days: went through the house, rounded up stuff, priced it, and posted notice on Craigslist that we would be having a garage sale.


I wrote the garage sale posting, following what I saw other do and have done in the past. I posted the address, the time, and the date. I listed a description of what we would have, photos, and, based on prior experience, listed what we wouldn't have.

So, in just over a week, we're moving.


I have no idea where we're moving to.


To the fifth house in a year.


I won't lie, this one smarts a little bit. Really, for a couple of reasons, namely, I SPECIFICALLY asked my agency for the weirdest, most dated, chopped up house that would be sure to stay on the market for a while. And they did. It even had a completely dilapidated roof that needs to be replaced, sooner than later. And then we moved in. And then it sold.

Did you see that Seinfeld episode?


I may have become an anti-dentite.

Over the weekend, owls showed up on my Facebook and Eric's Twitter accounts. We tried not to look at them.


Closing date on this house will be April 7. I assume we'll move the weekend before. 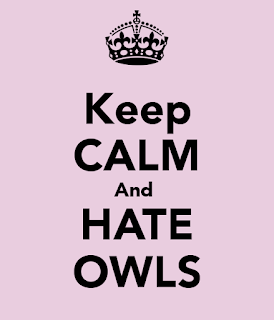 A week ago, while leaving Eric home to rest and recouperate, I engaged in the time honored Colorado tradition of actually taking a day off work and going skiing. You know, like I actually live here and can do that kind of thing. Prior to this, I had only ever been skiing in Colorado on a weekend, with the tourists and the weekend pricing.

What a weird political process this caucus thing is! After hearing about this mysterious way of completing the primary election for so many years, I'm finally living in a state that caucuses! For those of you who've been here, and done this, go ahead and skip this post, but for those of the rest of you, mystery solved! And since my political proclivities are out of the very loosely tied bag, why not share.


Click Here to Read the Rest of the Story»
2 comments: