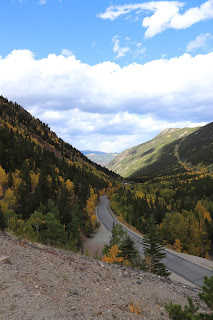 Remember a year ago? I know, it feels like 5 years ago, but in fact, it was just one year ago. A year ago, I
was flying all over the world, and not having enough time to share all the stories. Like this one.
We all know my favorite place to sleep is our pop-up camper. While we both like to camp and definitely love to hike, see new places and spend time in the outdoors- especially National Parks (still working on hitting ALL of them, with a ways to go), I am the one that pushes the envelope and gets us to camp until the very edge of the seasons. For that reason, Eric agreed to take the pop-up out with me one of the very few weekends we were both in the same state at the same time, and go camping during the elk rut at the end of September.
The elk rut, if you haven't had the chance to witness it, is awesome. We've gone up to Rocky Mountain National Park multiple times to spend a weekend watching bull elk herd "harems" (their word, not mine) of female elk, make incredible calling noises, and occasionally fight each other for dominance over the herd and the right to mate.
So, we packed up the car, hitched up the pop-up, and headed out. We took the day and went leaf-peeping on our way up, taking secondary roads through several passes known for the aspen groves and their bright fall colors. It was a lovely drive on a beautiful day. We slammed over a couple of bumps along the road and hit one divot relatively hard, but otherwise, all good. We even saw some bighorn sheep! 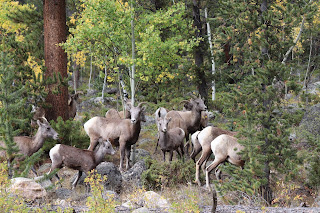 We pulled into Granby on the west side of RMNP and got gas. We were planning to boondock in National Forest Service land, and figured we would top off so we wouldn't have to backtrack for more gas.
At the gas pump, we took a glance at the pop-up...
And realized the coupler - the piece of the pop-up's tongue that holds the camper onto the ball of the hitch, had almost completely torn away.
Even a year later, the memory of the sight of that broken metal sends electricity bolting through my chest.
We could have been in a serious, damaging, life altering accident had it not hung on by the rusted threads that were left. I reimagined the steep passes we went down that afternoon, and nearly puked. I'm not sure how that held on, and how we weren't killed.
We needed assistance, immediately.
The problem was, it was nearly 6pm on a Friday in a small town in the mountains. We looked around and saw lights switching off around us. We finished gassing up, and creeped ourselves at 10 miles an hour over to an auto shop across the street.
Closed.
However, next door appeared to be some kind of parts shop, and there was a light on. Eric ran in and explained our situation.
I should note, at this point, I'm imagining that we will have to leave the camper, drive home, make arrangements to have it hauled (maybe on a flatbed?) back to the Front Range somewhere, to have it fixed. Our weekend was over, and this was going to be an expensive prospect. There was no way we could go on pulling the camper in its condition.
The guy behind the counter didn't have anything that could help us. However, he said he knew a guy who might be able to help, and called him.
10 minutes later, the guy pulled up in a tiny, beat-up car. He was young and scruffy and had no tools with him. But he took a look at the camper, and said "I think I can fix that," but we would need to come with him because he needed a blow torch, which is in his shop at home. So, having no other real option, we followed him, through a tiny neighborhood we never knew existed, to an old trailer with a wooden lean-to built off the back of it. In the lean-to was this young man's shop. The property was littered with parts and scrap metal and small children's toys. We unhitched the camper and Eric and the guy maneuvered the tongue into the entryway of the lean-to. The guy looked around and found a thick metal beam laying around.
For the next 45 minutes, sparks flew out of the lean-to and banging noises emerged as this man worked on some kind of makeshift repair. A small child wandered out of the trailer, saw me, and scurried back inside. I sat in our car and wondered what we were doing, and if we were going to end up leaving our pop-up in this man's yard.
Finally, Eric and the guy pulled the pop-up out. I took a look, and it was pretty incredible. Out of a metal beam, this man fashioned a patch and reinforcements to the tongue, and soldered it all together. It was clearly solid, and safe.
We put the pop-up back on the hitch, and realized the guy has disappeared. Eric had to track him down in his shop, and asked him how much we owe him. He gave us a funny look, and it was clear that he hadn't really thought about payment. "Well, I guess whatever you want," he said. We pay him $100 dollars (if I had more cash, I would have given him every bit, I was so grateful and relieved.)
As we were leaving, I went to thank him, and realized I didn't know his name. So I asked.
Seraphim.
I got back in the car, stunned and feeling like maybe I was given a tiny glimpse of the protection we had been extended (if you aren't familiar, a seraphim is a type of angel).
Epilogue: We had a lovely weekend in the Park (photos below). We decided to camp outside the park at an established campsite run by the county park system, in order to not try to traverse Forest Service roads, although I'm confident Seraphim's patch would have held on those. We came back home without incident, and did take the pop-up in for a coupler replacement before the start of the next camping season. The repair shop confirmed that the patch was fine and would have held, but they did replace the entire system for us. 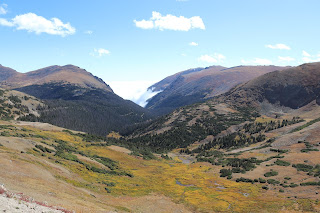 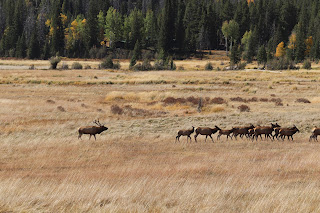 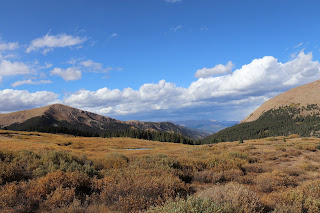 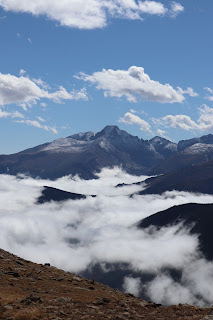 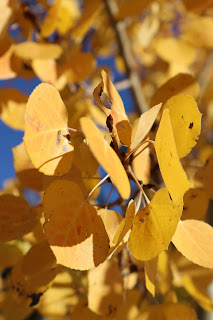 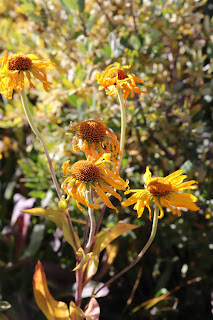 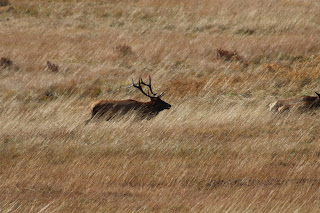 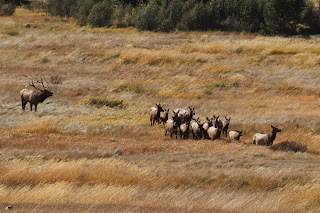 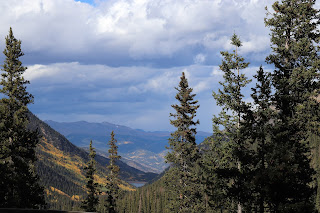