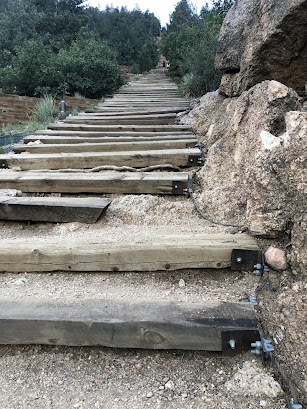 The Incline closed March 17. I know the exact date, because I was working from home, had my exercise clothes on, and was within an hour of my next climb when the breaking news came in. Since then, the cities of Colorado Springs and Manitou Springs, which for reasons I don't understand share responsibility for the Incline, have been fighting. They couldn't come up with an agreement on how to safely reopen the Incline. Part of the issue is legitimately, the Incline is narrow in most places and 6 feet of distance isn't possible when passing someone else. If there are fewer people, its easier to manage and fewer people to pass. However, the residents of Ruxton Canyon, the neighborhood that leads up to the Incline, have lodged complaints about noise and traffic. Some of that's true - there are a certain number of people who hoot and holler down the road because they are psyching themselves up for the climb (and are generally being bros.) There is traffic - usually visitors who don't know where to park, trying to find the closest place to the base of the mountain to leave their car. Manitou has put in restricted hours, and have a free shuttle bus that runs multiple times an hour from a parking lot further away. But, there is still crankiness, and these issues have bled into the current debate. Add to it the inexplicable shared ownership and weirdly territorial local government officials, and its been a mess.

After five months of closure, they finally came to an agreement! There is now a free reservation system, and for the first couple of weeks, they are limiting reservations to (I think) 35 every 30 minutes.

I got my first reservation this morning.

I ran up Ruxton (quietly), and got to the base at my exact reservation time. I showed my reservation on my phone, got my wristband, and started my climb.

The sun was just starting to peek over the horizon as I headed up the mountain. It was quiet, with a few people well spaced out. A warm breeze blew over the hill. The stairs were the same. I noticed the grip on my trail shoes - and remembered the last time I was on the hill, there was snow.

At step 2000, the sun was enough above the horizon to stream directly onto the hill, and it began to get warm. The breeze kept up, keeping the temperatures tolerable. I passed the false summit, and continued to head up. The breathing was heavy, and my heart rate was a little higher than usual, but I kept the pace I had been at back in March. Not as fast as I was before I broke myself, but good enough for now.

I hit the top (step 2868)and there was just one other person up there with me. I confirmed my proof of life (I text 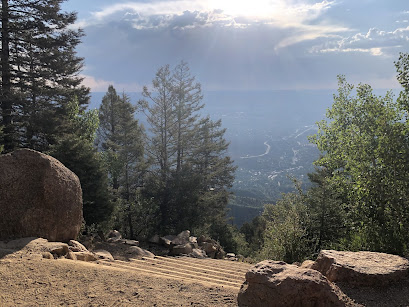 Eric at the top every time, and then again when I get to the car).

And then I ran.

It was beautiful and smelled warm and sweet. Down Barr Trail, my old faithful friend.

The gamble oak had grown up, and the trail was rutted from the recent rains. I scared up squirrels, chipmunks and more than one tiny lizard as the temps continued to climb (I know. I still sound like a trail running Snow White, but its clear that the small woodland creatures have taken back their territory during the pandemic.) I contemplated the possibility that my Altra Lone Peak's may be at the end of their lifespan. I tripped several times but managed to stay upright (which is an accomplishment in and of itself.) 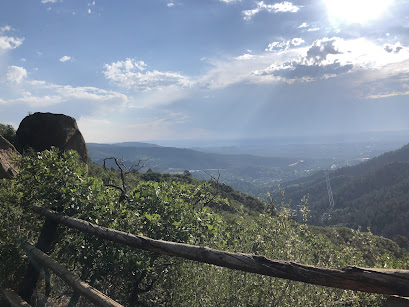 I got to the bottom, and sailed back down Ruxton. Back to the car in the still quiet town, and home in time to start my workday. My legs were tired, my chest was sore, and none of it mattered.