Baby Shower Invites, or Why I Refuse to Go on Pintrest but It Ruined Me Anyway 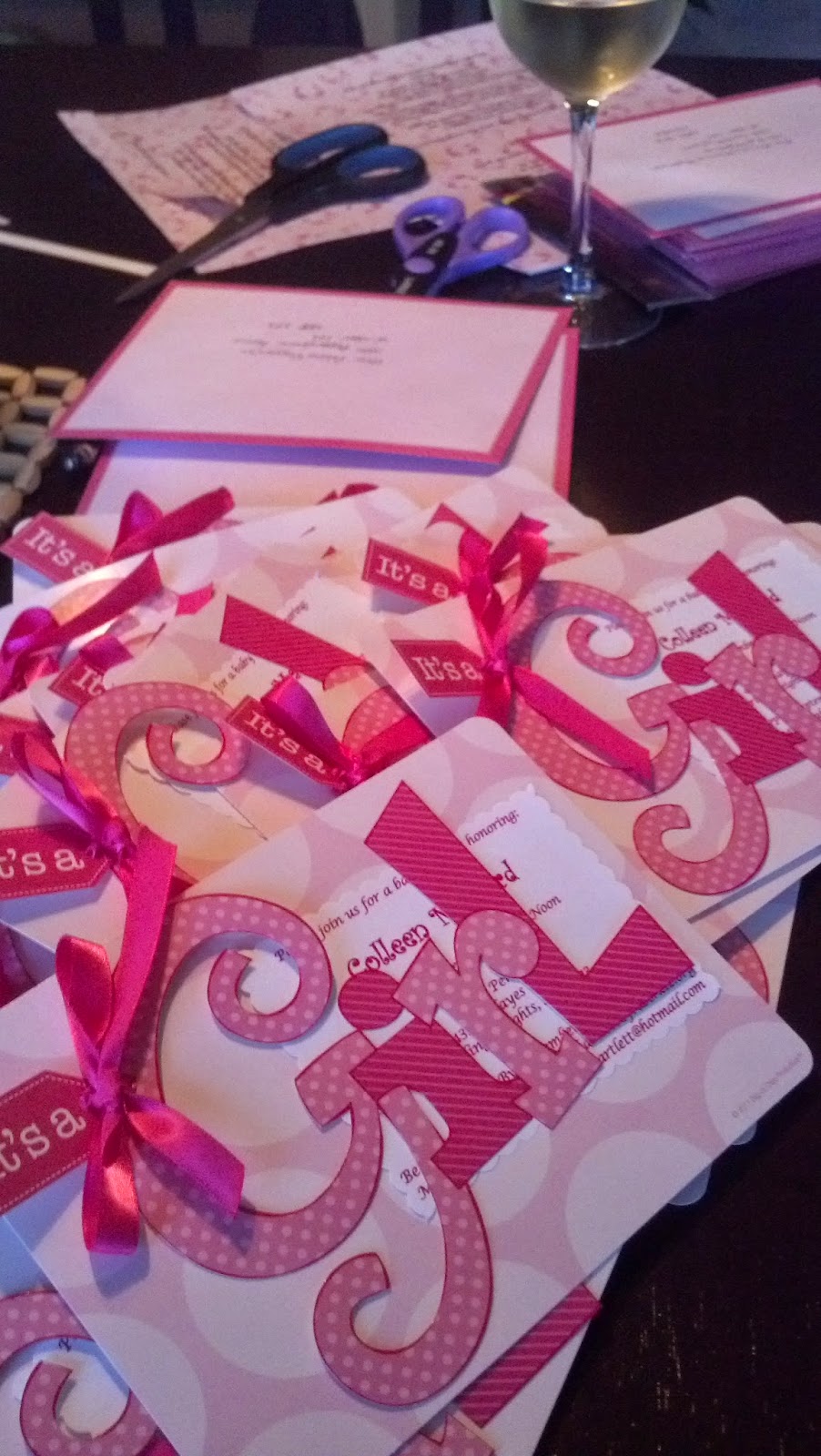 Pintrest (or Pin-Interest, as my mother refers to it) may be a font of ideas, but it is the DEVIL for simplicity. Seriously, the consequences of life in a Pintrest world have driven me to drink.

It is no longer acceptable to "just" send out a flat invitation to a baby shower. Ok, technically, they still exist, but they are right next to the cutesy, DIY, multi-layer BANES OF MY EXISTENCE invites that, once you have laid eyes on them, all other options simply become non-entities.

Such was my plight when I, foolishly, agreed to send out baby-shower invites on behalf of my mother and I in advance of the shower we threw for my sister, who, at the moment, was gestating what was obviously the most-important-future-person-in-the-world. Seriously. You think I'm exaggerating, but that niece of mine, objectively, is going to rule the world someday. And, as her aunt and her mother's only sister, I am in the perfect position to be her closest adviser when she DOES rule the world, so, I better start off on the right foot, eh?

Thus, the cutesy, and ridiculously complicated invitations I sent out at the beginning of September. The amount of time it took to assemble 40+ of these monsters was most assuredly NOT described on the package.

First, as it turned out, there was no "template" to follow for printing the invitations included. Being fairly intrepid, I Googled the company, which is apparently the only company on EARTH without a website. They do, however, garner quite a bit of hate-reports from other customers complaining about the lack of a website or templates. Undeterred, I thought, "well, if I know the dimensions, I can figure this out, right?"

Microsoft Word and Publisher both gave me fits, and, once I finally fashioned something to fit, the PRINTER, of all god-forsaken technological devices, failed me so completely in its willingness to print ANYTHING other than 8.5 x 11 paper, I finally gave in. I printed on white paper, then cut out the tiny information slips with scrapbook scissors, and pasted them onto the invitations. I printed up a second page of "information" to slip in behind the invitation, 2 to a page on pink-with-tiny-pink-footprints specialty paper, because the invitations are the size of a half-sheet, right?

Of course. Time to open the wine, and take a LONG sip.

Fortified, I engaged in the rather tedious process of using an invitation as a template and cutting around it 40 times in order to cut out said second sheet of paper so it would fit in the envelope behind the invitation.

From there, it was on to assembly, which involved tying the invitation to the "girl" out to the "It's a" tag with a pink bow. More wine was required.

In the end, all of these suckers were assembled, envelopes stuffed and addressed, and into the mail they went.

Where at least four of them didn't make it to their destinations because the Post Office refused to send them on when the envelopes stuffed with a pink bow didn't fit nicely through their postal machines.

I may need more wine.