So, consider this fair warning to stop reading now, if you don't want to see more of why Colorado is, in fact, fantastic, and we moved to the right state. Again, we live where people go on vacation. We actually have "tourist season." Holy. smokes.

Wednesday, May 28, was the Air Force Academy graduation. Since my office is right across the street from the Academy, it's directly under the flight path of the Thunderbirds show (that happens every year for graduation, save last year when it was cancelled because the government was spending too much money and argued about cutting everyone else's projects and keeping their own.) So, we have an all-staff picnic to watch the show (cause, likely, no work was going to get done anyway!) 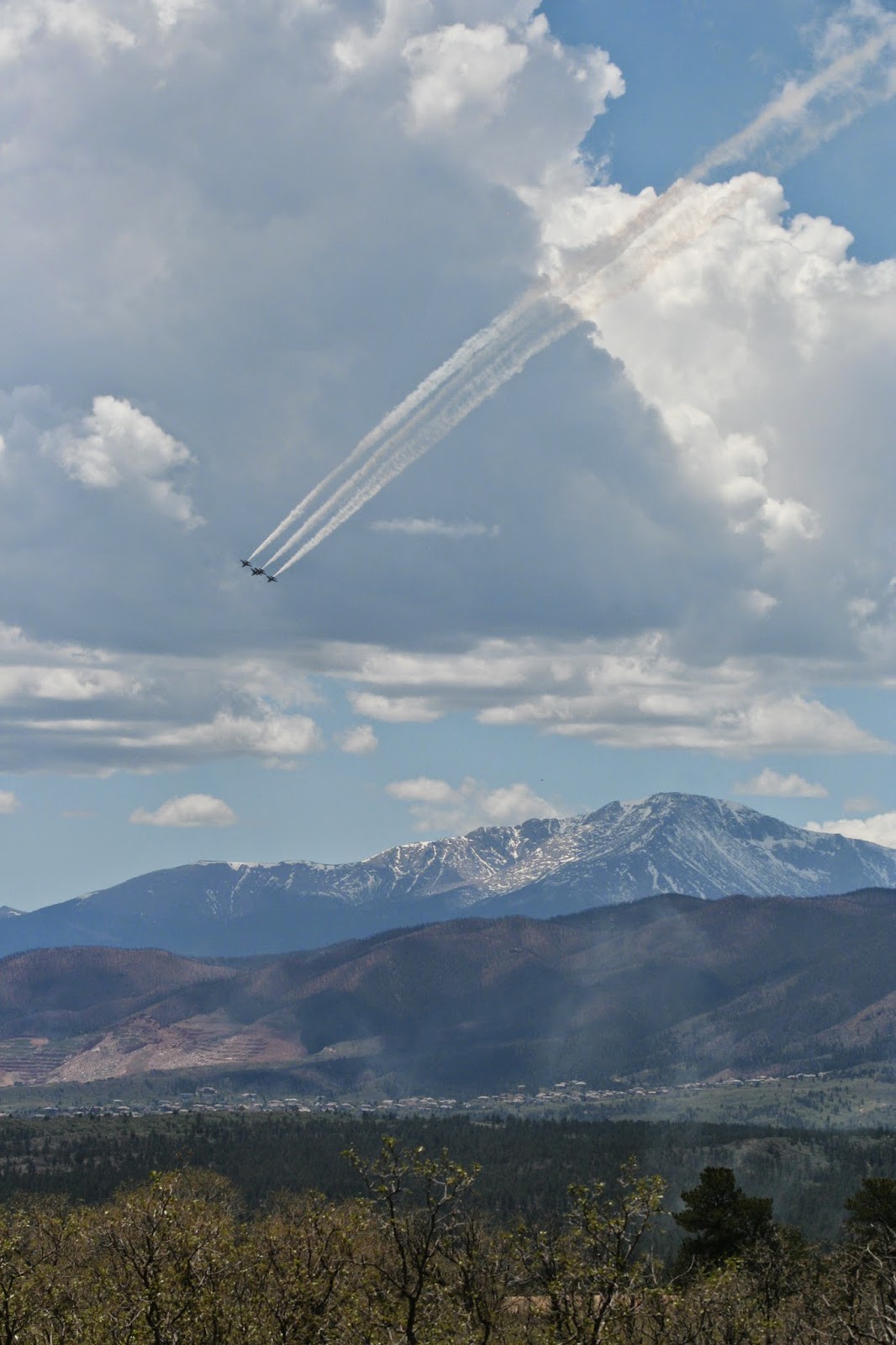 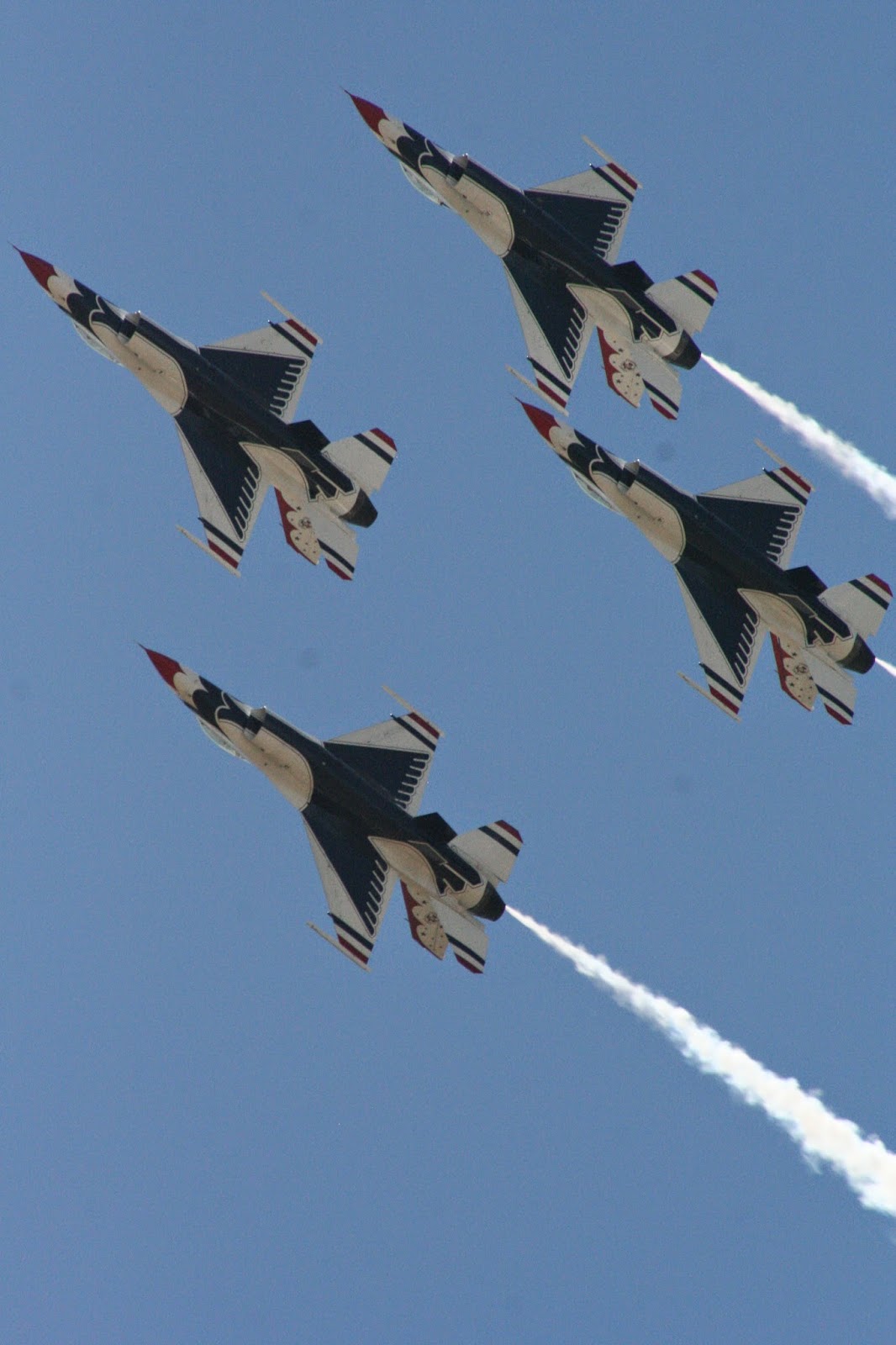 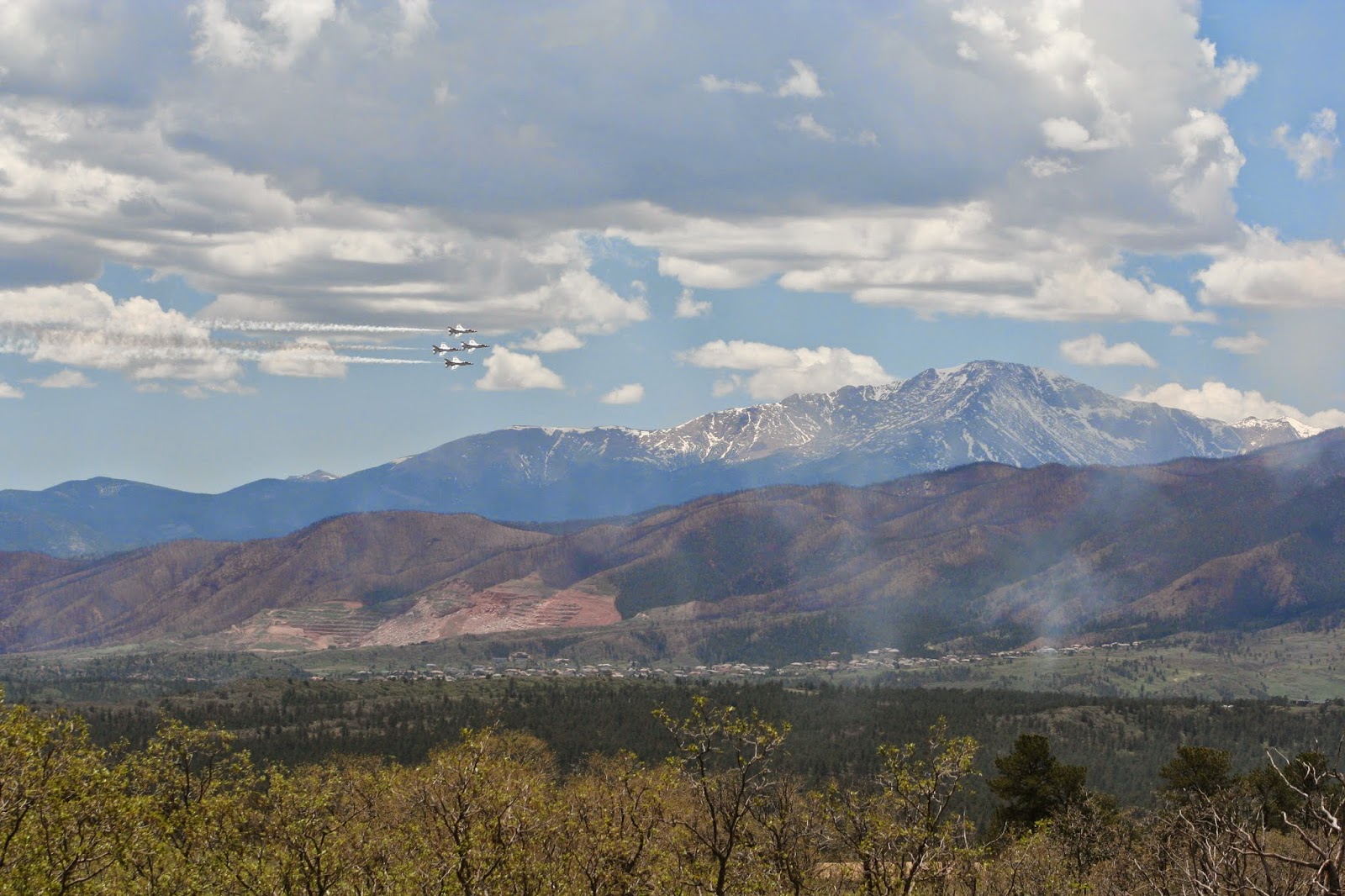 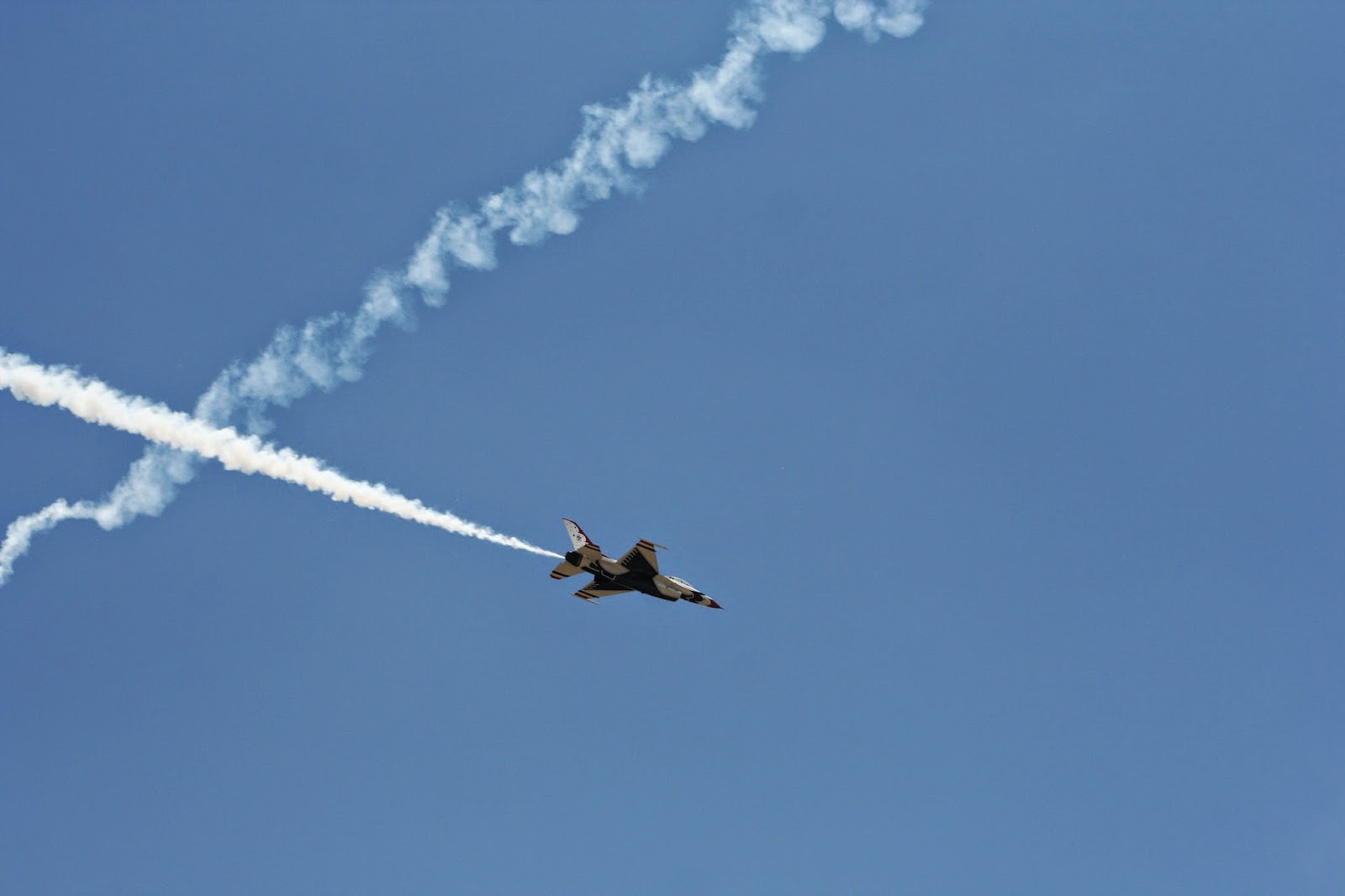 Last weekend, we took our first camping trip (thanks to my parents, who gave us their pop-up camper, which is awesome beyond words!) to Great Sand Dunes National Park. While we still have some work to do to make camping a functional experience for BOTH of us, the dunes were very cool, and one of their wierd anomolies of the world! Did you know that these dunes are the highest in North America, despite the fact that there is no huge body of water around like those of the Sleeping Bear dunes? 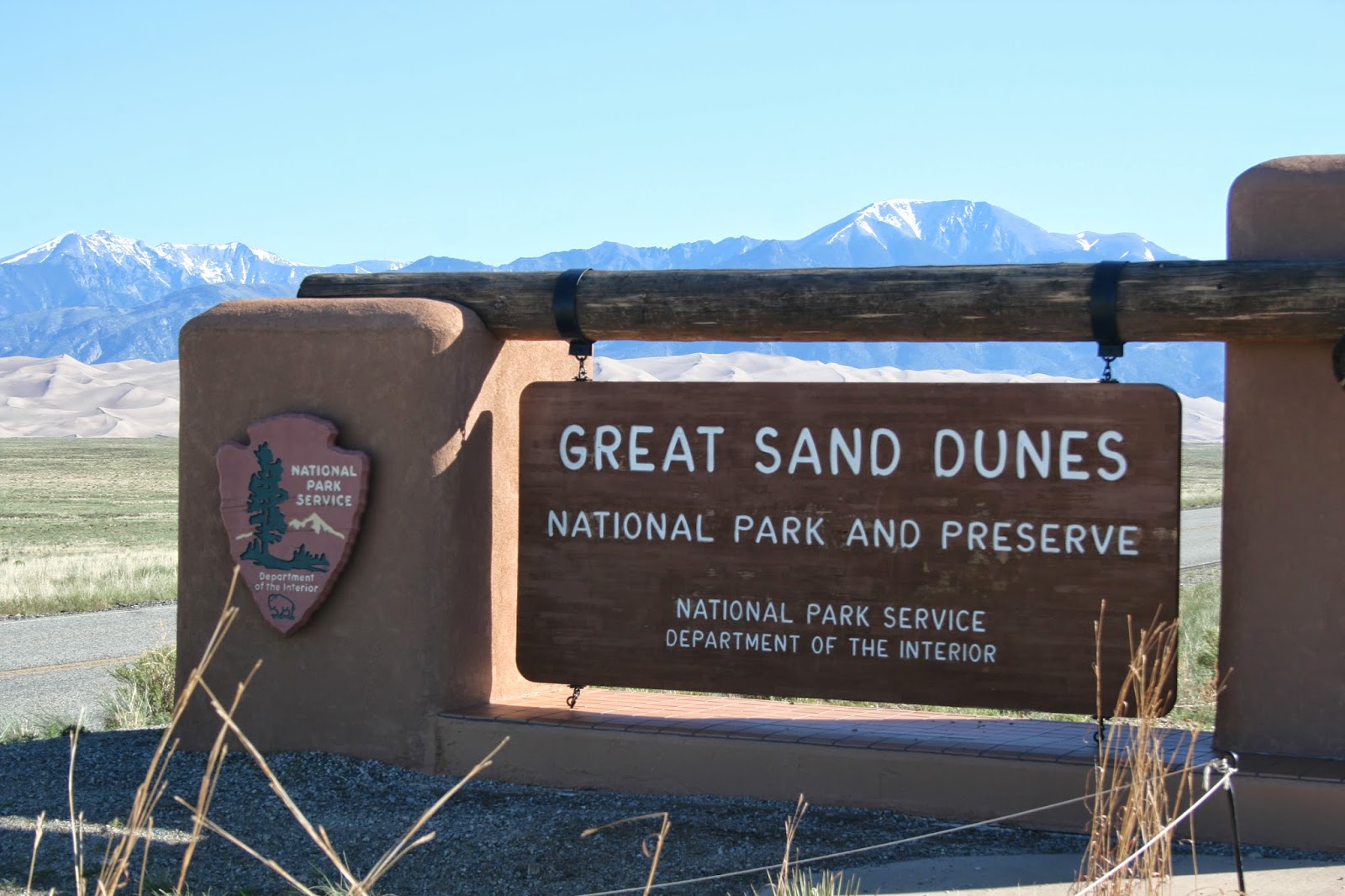 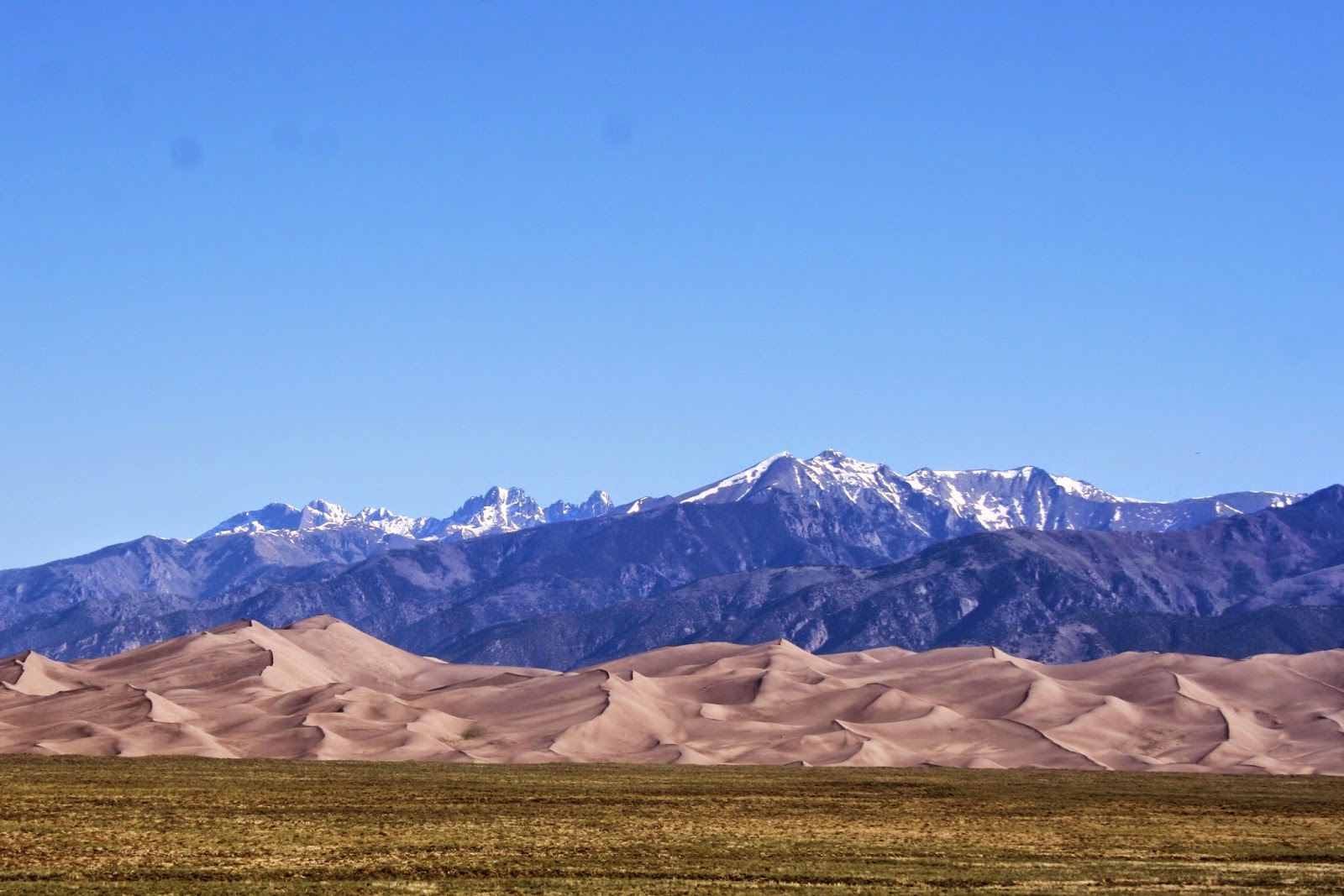 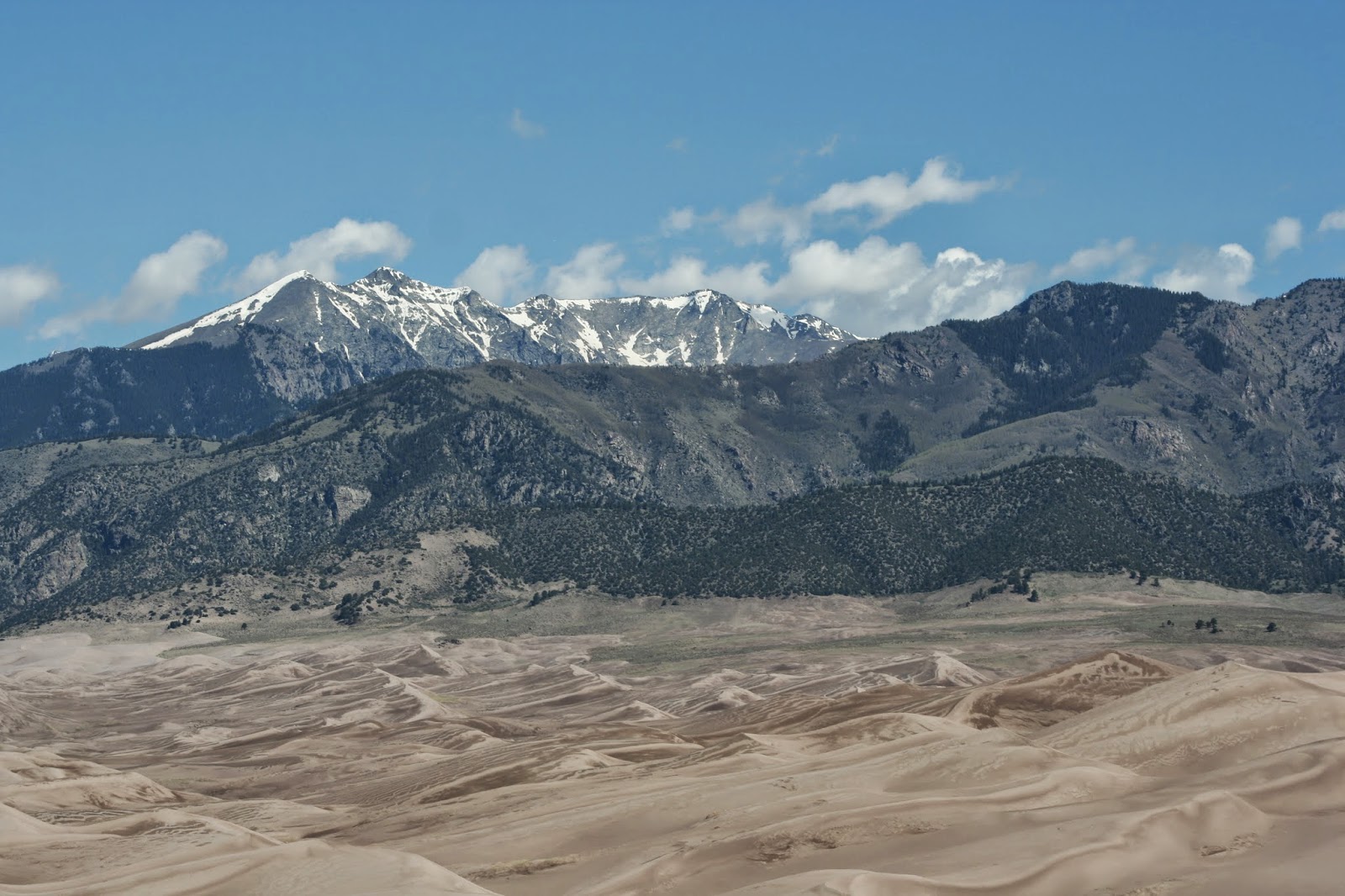 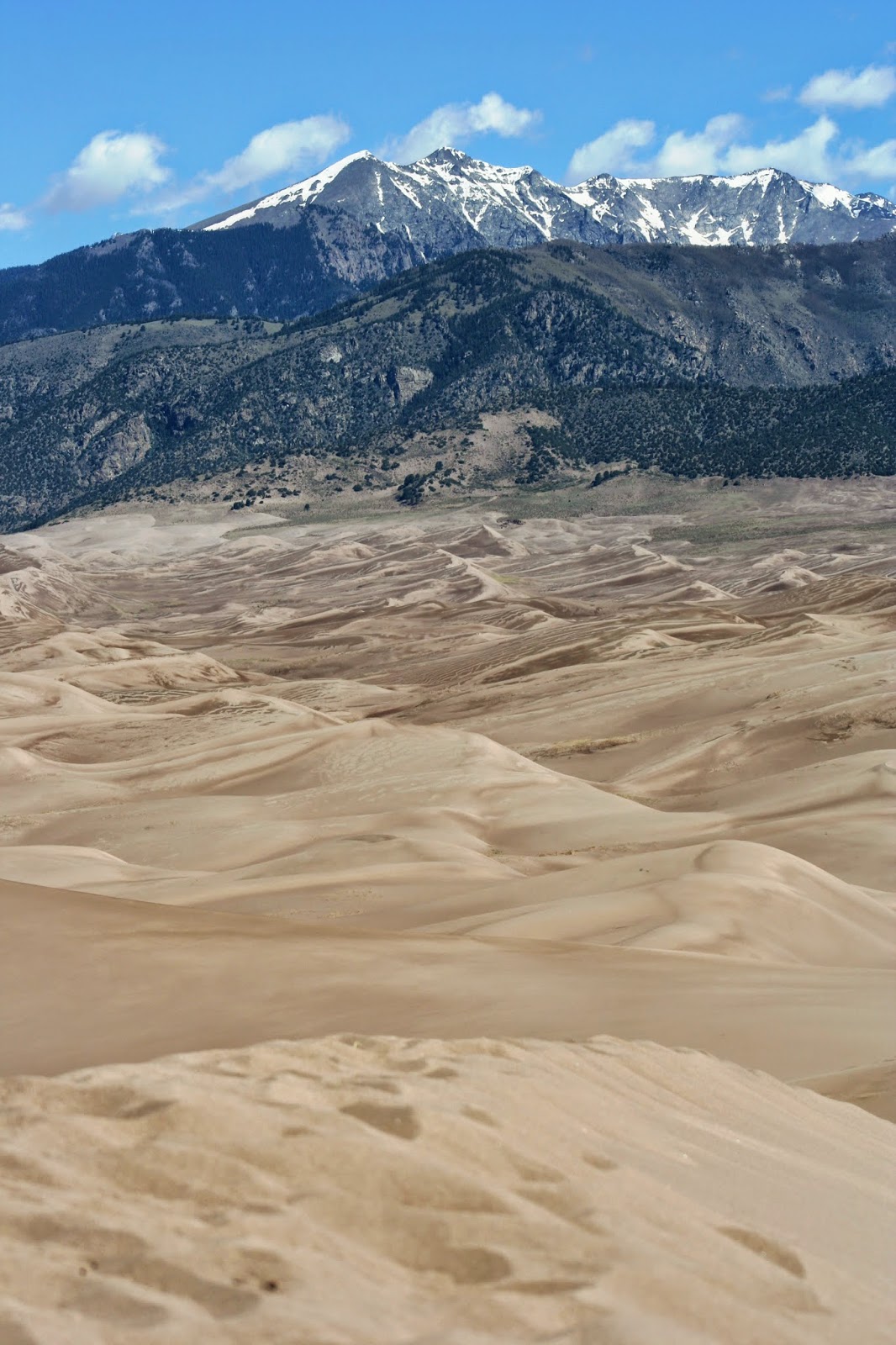 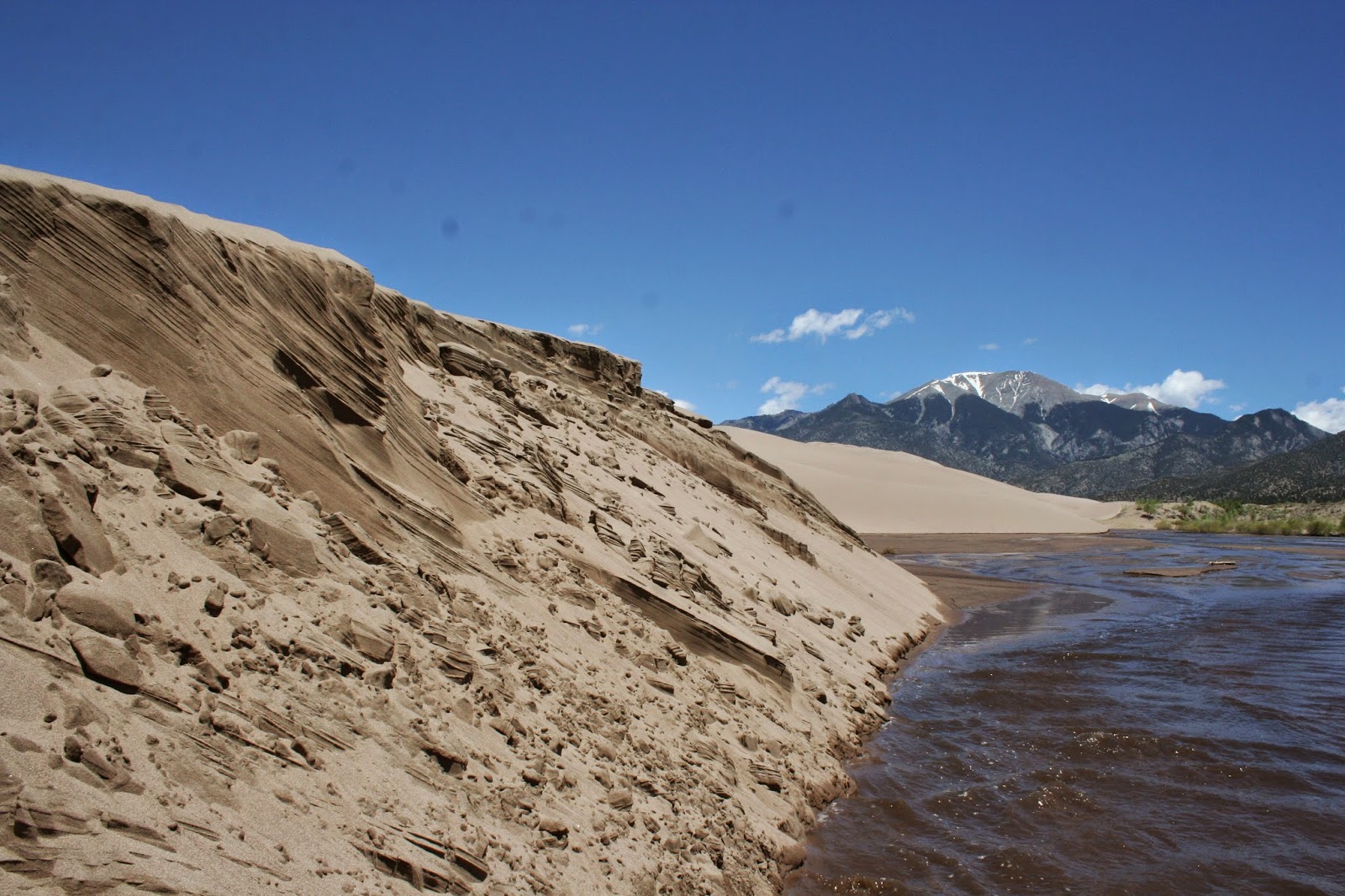 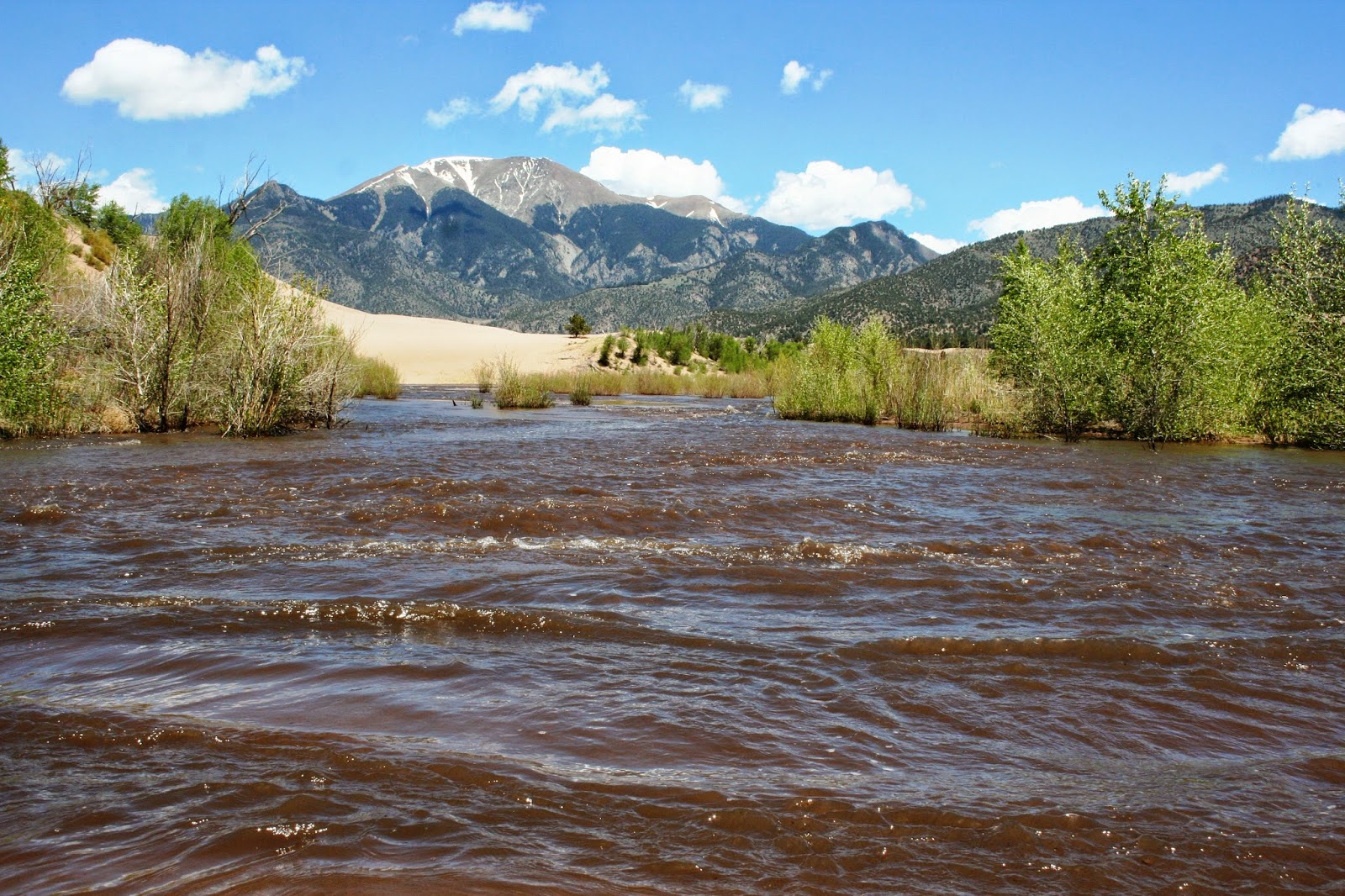 Ok, can we talk about this craziness for a minute? This "creek" is SUCH a Colorado thing. As my friend MaryJane says, you have to remember where you are and what's around you. In Southern Colorado, there is just not a lot of water to be had. This local area is really dry, and the creeks only run seasonly. So, while this creek was only an inch or so deep in most places, and certainly never deeper than your knees anywhere, this causes a lof of interest for folks living near by. When we got down from the dunes, the previously deserted creeks had transformed. Hundreds of people were now lining the edges of the creek, in their swimsuits, with their picnic baskets and coolers, obviously out to make a day of it. Kids and adults were splashing in the water, screaming and shrieking, and the parking lot was jammed. I swear, this was like July at Metro Beach, although an inch deep creek would NEVER have caused even an eye-blink's worth of attention in Michigan. Location is everything, I guess!