May 6, I ran the Colorado Marathon. That night, I tried to get on a plane for London. After nearly five hours of delays, they cancelled my flight, and I tried again the next day, with more delays, and another rescheduled flight.

In amongst all that, the hip pain that was ridiculous started to lessen. By the time I got to London, 26 hours late, it was just a dull throb, good enough to ride the Tube and hoof it directly to my conference (instead of the hotel room I booked the day before with plans to have a quiet evening and arrive to the conference rested and refreshed. Thanks United.)

By the end of the week, I felt fine. I ran along the River Thames, and walked around London on my day in between work visits. I got to Netherlands and ran in a small town an hours' train ride from Amsterdam before my visit with the office there. Things didn't feel great on my run, but hey, I was in recovery mode from the marathon, so that happens.

I flew to Italy. I ran through Turin, spent a day in the office, and a morning seeing a bit of the town. I felt great. 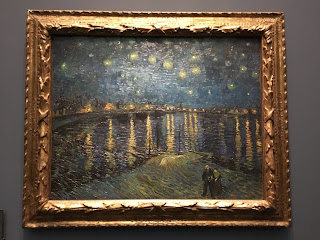 I flew on to Paris. Another day in the office, and a plan for a 10 mile run along the Seine in a repeat of the previous year. After a four country tour that started one week (and one marathon) after a 2-week, two country tour, I was looking forward to this run. I love running. I love Paris. Running in Paris is magic. I had plans to visit the Musee D'Orsay after the run. 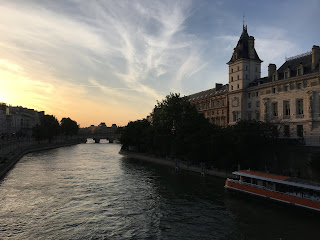 I planned to run from the Arc d'Triomphe down Avenue Foch to the vast Paris park, Bois de Boulogne, where I had never been in all my visits to the City of Lights. From there, head south to the Seine, and follow it past the Tour Eiffel down to the Musee. Grand plan for one ridiculously fantastic sunny day in Paris. 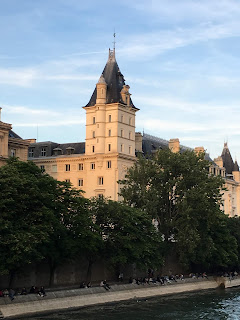 Coming around the backside of the horse racing track, the pain recurred. Feeling like, well, I'm sore, I kept going until mile 7.5 when the pain got so intense that I stopped, stretched out along the Seine until I felt all bendy, and then tried again.

I walked with some pain the rest of the day, but did see the art wonders in the museum. Every time I go to Paris, I fall in love with something, and this time with was Starry Night Over the Rhone by Van Gogh, and the sunlight at sunset reflecting off the limestone walls of the buildings on Ile de la Cite. 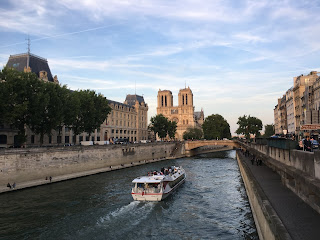 I took another week off running, saw my chiro, did a whole bout of red light therapy with this take-home device, and Eric and I went camping for a week.

When I got back, things still weren't right, so I went to an orthopedist specializing in sports medicine. An MRI later, and the results confirmed... a stress fracture in my leg below the hip joint, a torn hamstring, torn piriformus muscle, torn labrial cartilage and enough IT band inflammation to light up the Chrysler Building.

Which, if I'm not careful and go through PT, I'm not going to see this year.

I'm out for the Pikes Peak Marathon. I emailed them today finally and let them know I couldn't race.

I've been in PT twice a week for 6 weeks. Yesterday, they let me run on the treadmill for 2 minutes. I'm 16 weeks out from the NYC Marathon, and I'm hoping that's my redemption run.

In the interim, I miss my mountain. I drive by it every day and wish I was running Barr Trail. I see the trail in my sleep. But, what can I do?

The answer? Go to PT, plot a comeback, and maybe run the mountain next year, when I'm the youngest in my new age bracket.