Disclaimer: I am not a professional photographer.

Second Disclaimer: This is a pet peeve of mine.

Third Disclaimer: I wouldn't normally call this out, but the Living Social is showing up in my inbox every day. It's driving me bonkers.

However, they have some pretty serious, albeit crummy, competition, in fauxtographers.

Yep. Fauxtographers. Those deluded folks who paid a lot of money for a camera, and perhaps, like I did, took a class or two in photography.

They aren't that hard to spot, however. In fact, there are whole websites dedicated to identifying fauxtography. The hallmark elements of fauxtography include lousy composition, out of focus central element, bad lighting (shadows where they don't belong, overexposure, etc.) and just general sloppiness professional photographers would have caught.

I recently saw some engagement photos taken by what was obviously a fauxtographers. This person then posted them on Facebook with the lines "I loved shooting this couple!"

Terrible. Every one of them. Muddy, grainy, out of focus, just plain bad. One was taken in a forest in what was obviously late-afternoon, with long shadows almost entirely obscuring the couple. Ugh.

There has been a fauxtographer lurking on Living Social. I say lurking because this person has put up a coupon for their services no less than eight times, and uses the same bad photo every time. What may be saddest is that they obviously don't know about this: 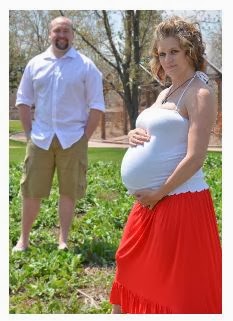 The poor father-to-be is out of focus! Is the mother-to-be experiencing morning sickness, because she kinda looks like she could puke. I know that's her knee poking out, but it kind of looks like she has a tumor under there. Why crop the photo so you can see exactly 1/2 inch of leg? The shadows on M2B make her look mottled and molting, with one really point shoulder. What's with the background? Dying tree? That man's shirt should not be split so much at the bottom because it highlights that he's both pudgy, AND that his shirt is choking him! And WHY is he barefoot in what is obviously an abandoned lot with an overgrown anonymous grave in it!?! He's going to cut his feet on glass and heroin needles!

I went to this fauxtographer's website. The rest of the photos on her site aren't very good. However, what I think can be deceptive, is that her prices are incredible. Something like $500 for an entire wedding.

A good photographer doesn't hire out a wedding for $500. Their time is worth more than that, their equipment is uber-expensive but delivers, and for your special day, you deserve better than point-and-shoot Polly. The price might be right, but you will be disappointed with the results. If you don't have the money for a photographer, that's ok, but then just get the free photos your friends are taking.

Ditto on the preggers shots. In the meantime, someone get that poor woman a glass of juice. She might pass out.