I recently returned from Bolivia, where I spent the week. In case you are going, "wait, what? You just moved to Colorado?!?" Yea, so I'm behind in this whole blogging thing. I told you I might not be good at it. This is actually not my first work trip. I was in Kenya for three weeks last October and then in Ethiopia in June. I'll catch up on that some time, but not now. Back to the subject at hand. Bolivia. The trip was a fast one - in on Monday, out on Friday, interview a million people in between.

The reality is that Bolivia is not the poorest country in the world. I spent the week doing a lot of mental comparisons - "well, these houses have actual tiles on them and not corrugated metal." "This courtyard at this church is bigger." I had to do a couple of mental checks. Yep, the roof is more solid and the courtyard is bigger, but I still wouldn't want that to be my life. Bolivia may not be the absolutely poorest country, but it doesn't have to be. Poverty exists. And Poverty sucks.

Poverty sucks life and it sucks hope. It makes people believe that this is all there is, and that life will never get better. People stop living and start existing.

I hate what poverty does to people. I hate what it does to me. I got home and went to church the next day, and in the middle of worship, lost my stuff. Let's be honest, I'm not exactly the most stoic of people out there. However, this was borderline ugly-cry, and you know what I'm talking about. I felt hopeless. The images of kids I had seen during the week flowed through my head. We sang about being together with Jesus, and I absolutely couldn't wait for him to return, because I in that moment, I was convinced that poverty would never get better until he came back. I was defeated.

If I get defeated after being NEAR it for a week, can you imagine living in that situation?

I can't let it defeat me. I also should get WAY more sleep before going to church after a cross-continent trip, but that's another story...

I have to choose to fight this. I have to realize that poverty is the enemy, and that I cannot let it win. I can't let it drag me down. I have to remember the kindness I saw in the children and the difference the churches were making in their lives. That we CAN and we WILL beat this thing back.

I watched kids rescue a tiny puppy that someone had thrown out, wrapped in plastic in a dumpster. They were nursing it and caring for it  - these little six, seven and eight year olds while I was interviewing their instructors. 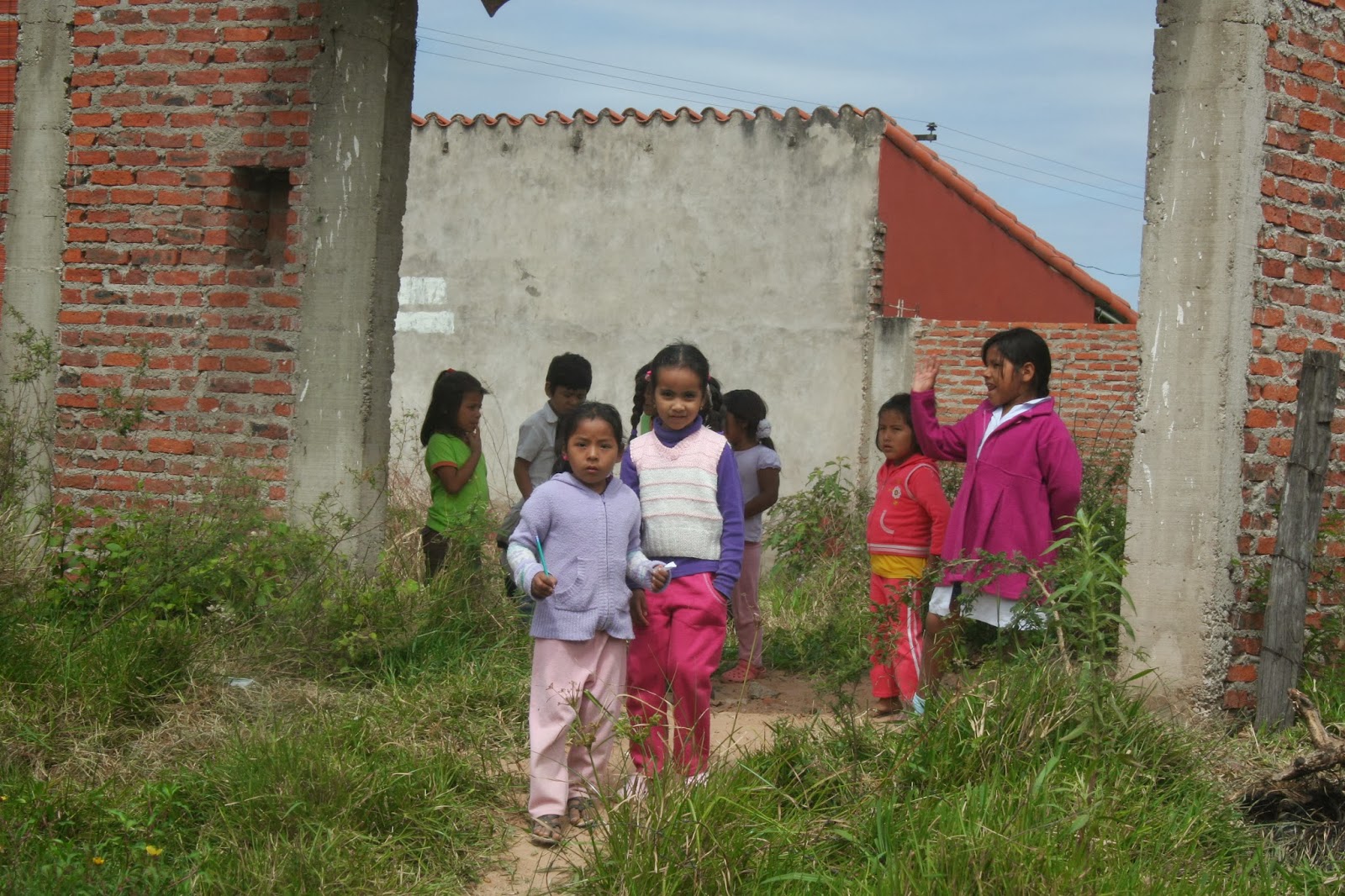 (Photo of children examining puppy, while littler ones look on) 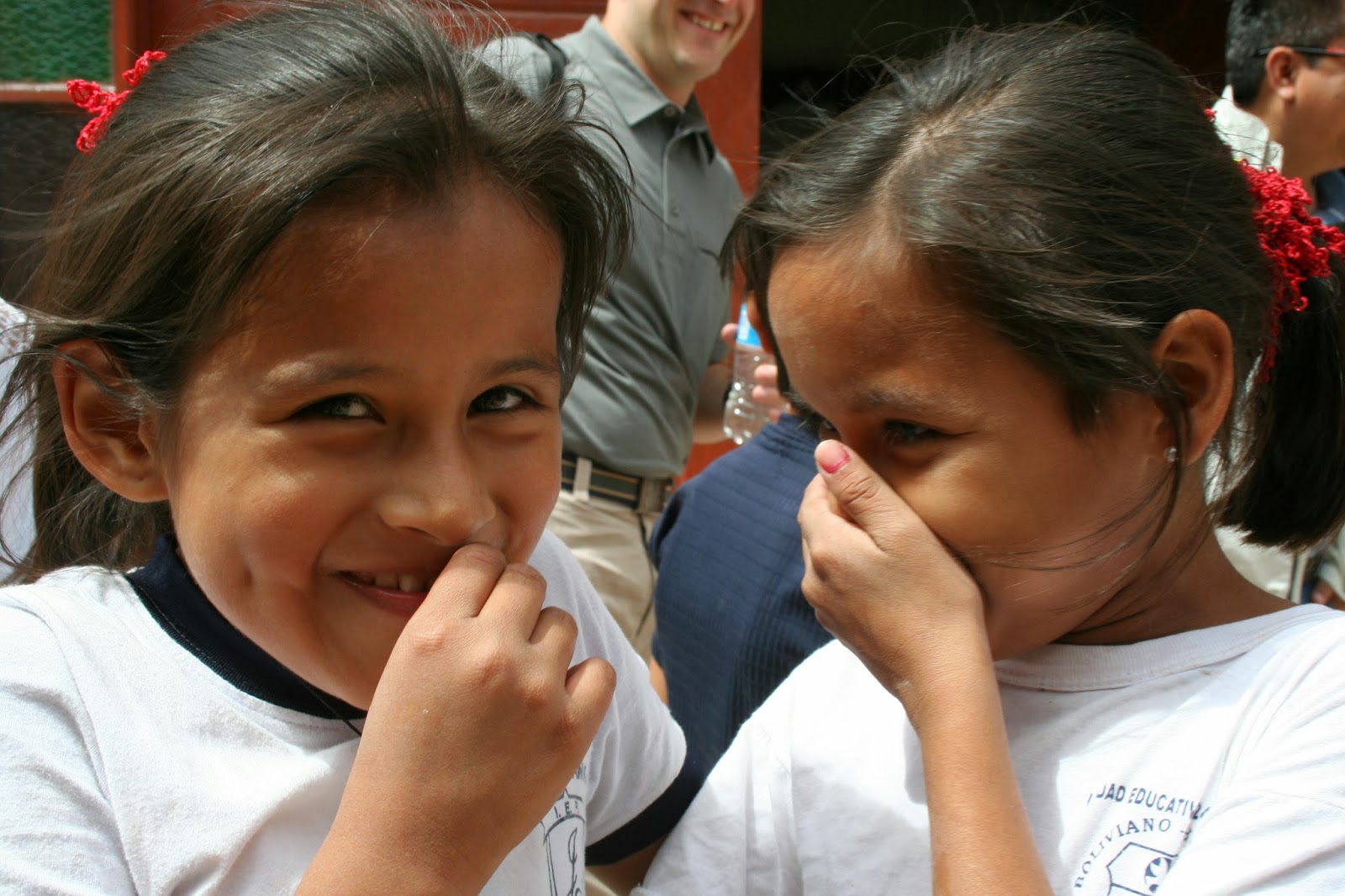 These kids have hearts and souls. 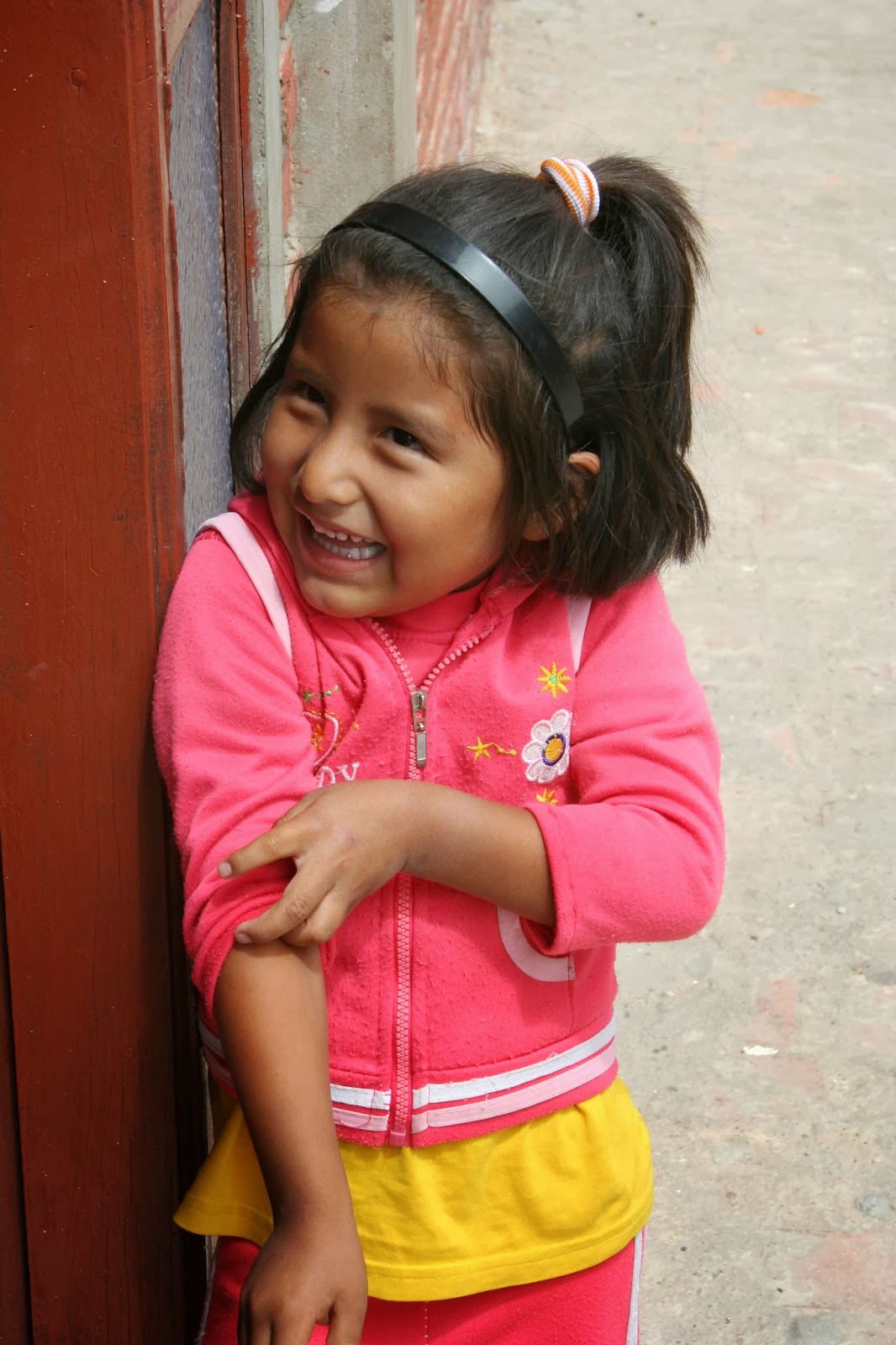 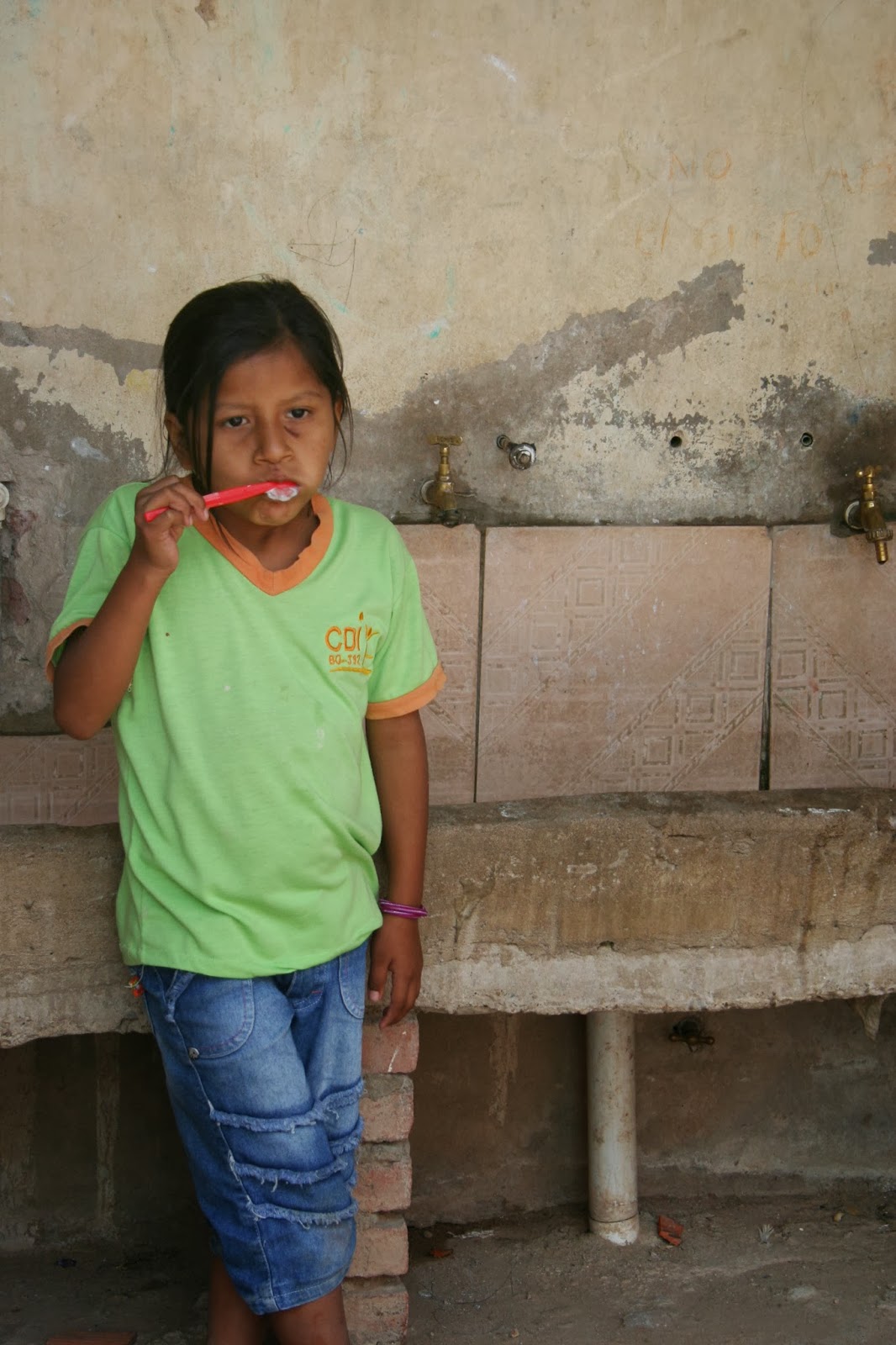 They love to play.
They laugh at me for trying to tell them I like how they brush their teeth after lunch. 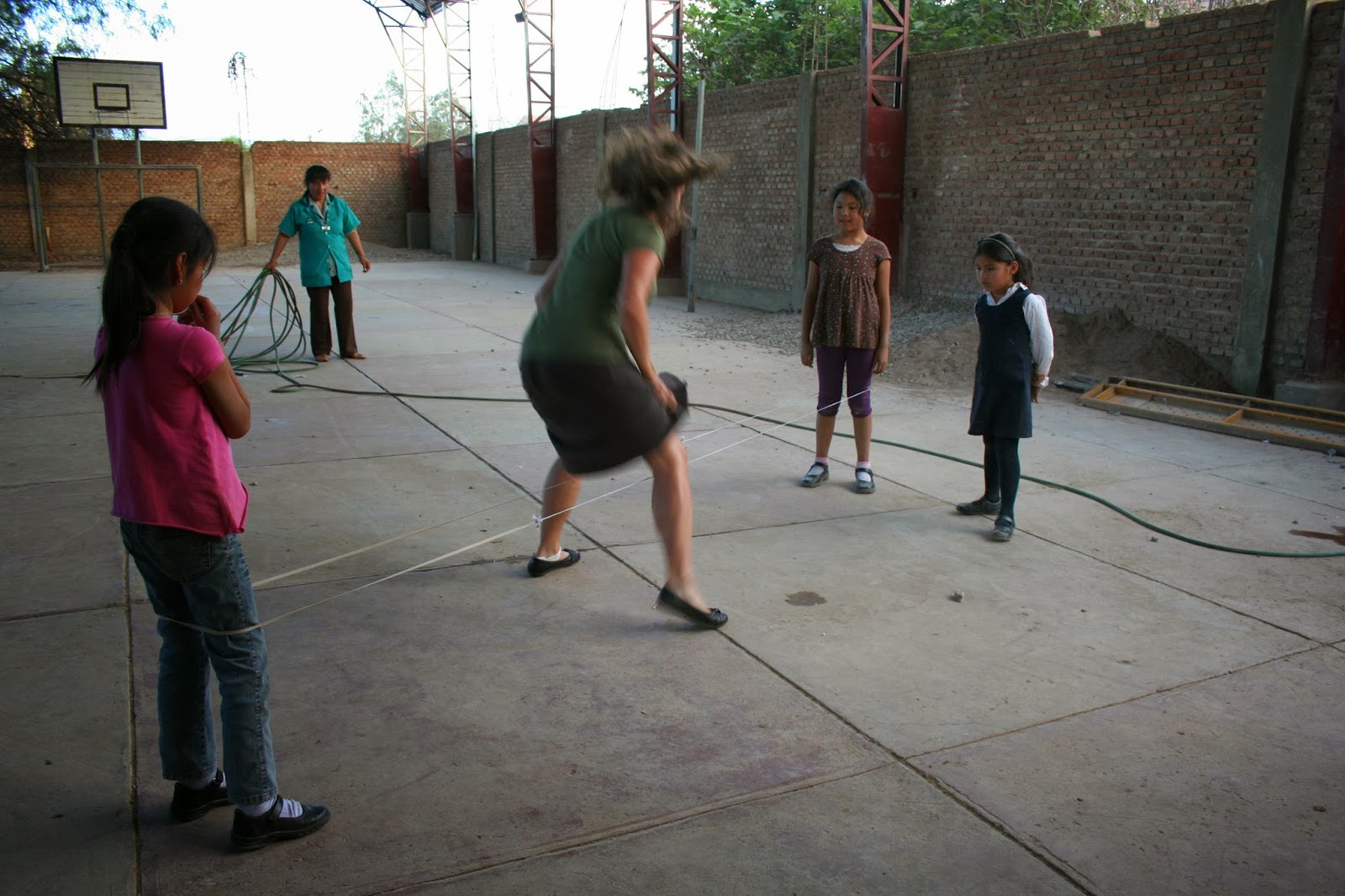 They invite me to jump rope. These are the things I must always remember, the against the grain, darkness dispersing moments that remind me that this is a fight worth fighting. (Yes, that is me playing "lega-lega," which looked a lot like the "Chinese jump rope" I played as a kid. Yes, I'm jumping knee high rope in a skirt. The kids thought it was hilarious!)